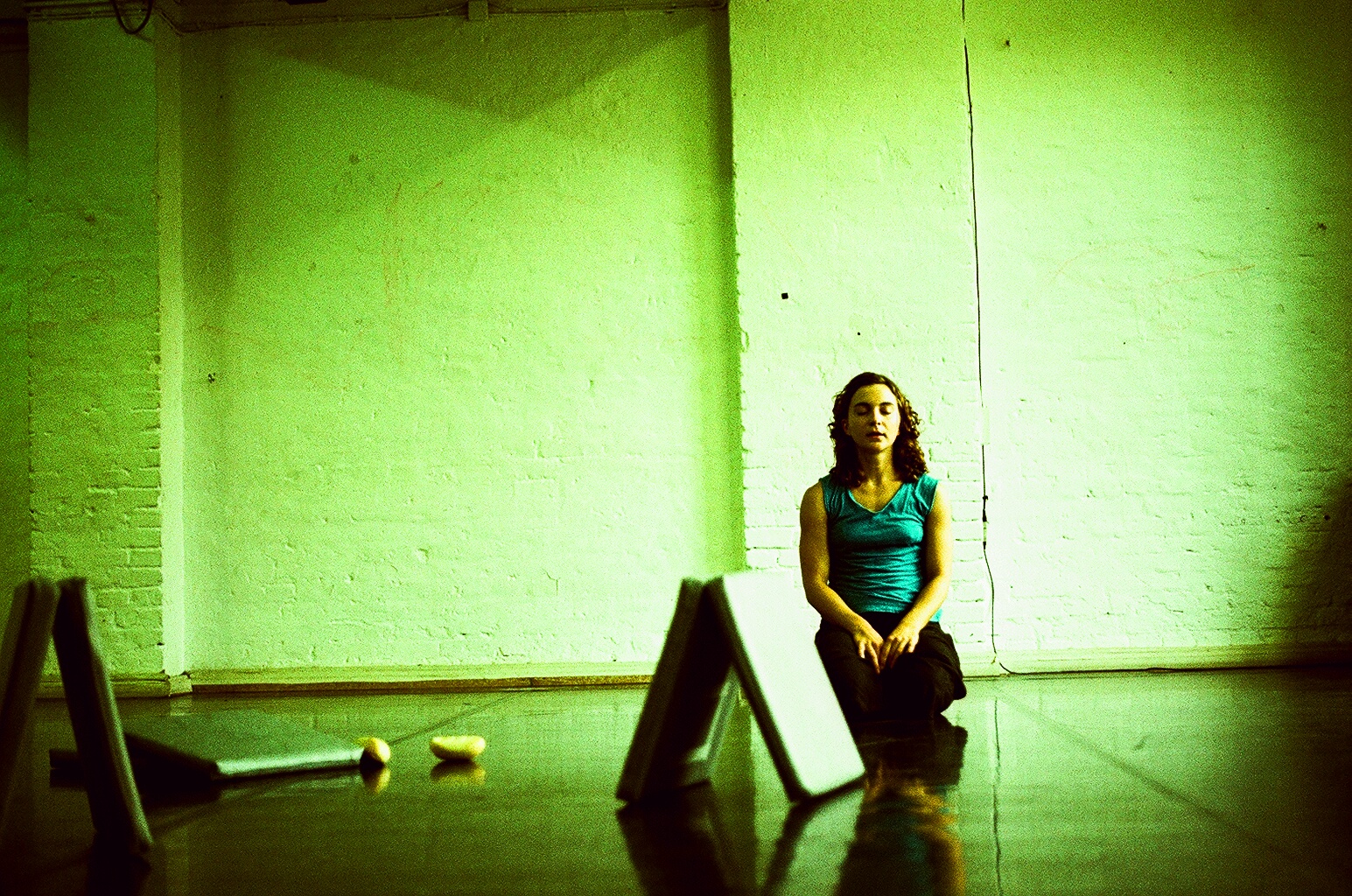 During an initial two week residency at Tanzfabrik Berlin in August 08 we dedicated time to each artist’s individual solo work and had the chance to give and receive feedback and mentoring support through each other. We also found a first joint performance core which was mainly a listing of material that we are interested to bring into our collaboration in the next meeting. Using each others solo work as a departure, we entered a dialogue on possibilities to understand and define the space we inhabit and the ones that surround us in daily life.

After completing the first research phase in Berlin we continued working together for one week  and a half in November 08 in Paris at Pointe Ephémère. A substantial and ongoing link in the collaboration of the two artists are the writings of George Perec in  “The Species of Spaces and other Pieces”.

In the course of their residency and research at Point Éphémère, Javiera and Gabriele attempted to list, catalogue, index and name spaces. The choreographers also attempted to establish a descriptive system of the physicality of spaces. With common questions “How does a body generates its own physicality regarding space?”, and “Can this body construct and actualize itself every moment?” the choreographers will cross their universes, make them speak, let themselves stimulate and influence by each other, revindicating and affirming their differences at the same time.

‘I would like to work on the habitation of spaces and the body states which emerge out of the adjusting relationship between body and inhabited space.

We keep and develop a personal image of the spaces we live in. Those could be different from the reality of the physical inhabited spaces. We add a psychological dimension to the physicality of a place, which is linked to our own perception. I am interested in visualizing and giving form to this mental and sensitive structure and translate it into body physicality. And to confront the representations of each other, as if they were physical maps that would allow the emergence of a shared understanding of the images of spaces. ‘

Throughout the rehearsal and research for my solo I have become very interested, almost dependant on the writings of Georges Perec, in particular his text “The Species of Spaces”. An understanding of the spaces we inhabit in our daily lives only existing in their continuous definition and description as well as the simplicity and clarity that results from simple lists in order to comprehend the world around us, has opened up a field of interest that I feel needs to explore beyond my solo work. Seeing Javieras work with objects in London in April this year brought to mind the same vision of finding simple means and clear action to approach a question of such complexity as how we perceive our own reality.

My solo “Inventory/Räumung” is full of intangibles and invisibles. It is however never vague. I feel there is a system to it – a system of describing the physicality of an “empty” space and making it visible to an audience. I would like to bring these thoughts to our collaboration, and see them echo in another artist. My wish would also be to spend some time working out of the studio in the streets of Paris and Berlin, logging, mapping information about spaces more tangible than the empty stage I work with in “Inventory/Räumung”.